The Woke War on Family

It must be a slow-outrage week for the wokies because I recently found myself (once again) in the crosshairs of people who express moral outrage at the idea that parents should be proactive in teaching their children and guiding the way they develop their morals and values.

I used to worry that critics were misunderstanding or misrepresenting what our brand was doing, but now I just roll with it.

Accuse me of creating propaganda, and my answer will be, “Yep. Guilty as charged.” 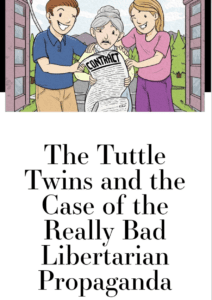 Subscribers to this newsletter who have been around for awhile will remember back in 2020 when Current Affairs did a hit piece on us. At the height of a global pandemic, they refreshed us with criticism like this:

(By the way, why do these people always want to see people of color portrayed as marginalized and miserable?)

Anyway, this hit piece really caused me to shift the way I viewed accusations of “indoctrinating” kids or creating “propaganda.” Instead of trying to refute their claims, I sent an email to my subscribers and offered a fat discount with the code CURRENTAFFAIRS. 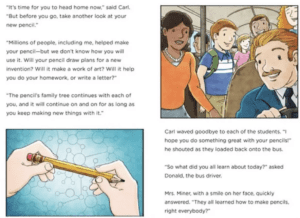 So while I do love monetizing our haters, I actually think there’s something here worth talking about.

Why do so many people on the progressive left seem to hate the idea of parents choosing what and how their children are taught?

I’ve often wondered how a parent would even go about indoctrinating their own child because, isn’t the role of a parent to bring their child up on the values and ideas that they believe are good and right and important? Isn’t it likewise a parent’s job to teach their children what is not moral, or good? And if a parent teaching their child these things can be labeled an “indoctrinator” then what, exactly, should we call a teacher who teaches what they believe is good, and moral, and important?

It seems like what we really have here is a belief in, Indoctrination for Me But Not for Thee, or something…

Parents don’t indoctrinate kids—they parent them. Good parents take their role seriously and actively work against those who would like to see them cut out of influential roles in their kids lives and replaced by agents of the state. 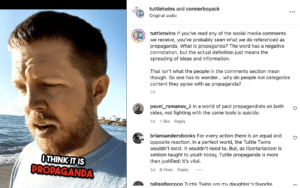 Last week I took to our Instagram to talk about accusations of manufacturing propaganda.

(As opposed to manufacturing outrage which is what our opponents have perfected.)

As you can see, I happily admitted that we’re guilty as charged. But I also pointed out the hypocrisy of people who level that claim at things they don’t agree with—simply because that thing exists, and simply because they don’t like it.

Really, everything is propaganda. The difference between what we are doing, and what is happening in a lot of other spaces, is that we are creating products with clear and honest messaging, and parents are choosing to use our products to teach their kids.

That’s a lot different than the things happening behind closed doors in classrooms across the country.

And while I never mind being the subject of hit pieces and progressive moral outrage, I think it’s important for parents to be aware of the war being waged against them, and the accusations being leveled by bad actors who would love nothing more than to disrupt the natural order of family, and the natural role of parents as wise teachers and protectors of their children.

When fighting a war, it’s important to know who your enemy is. The people who would very much like to remove parents from the societal equation aren’t going to suddenly have a change of heart and leave us (and our kids) alone. We certainly don’t have to be afraid of them, but we should definitely not underestimate them or how deadly serious they are about crafting the “better” world they envision.

From books and curriculum to a monthly magazine, we’ve got content for all ages that can be used by parents and grandparents to help inoculate the kids they love against the hive-mindedness of the world.

It doesn’t really matter if they hate us, and we can’t be harmed by the slurs they hurl in their fits of rage—especially if we see their agenda for what it is, and actively work against it.