What is Causing the Global Supply Chain Crisis

It’s the middle of a supply chain crisis, money printing is pushing prices up, and suddenly industrial accidents at food processing plants are making headlines.

It makes you wonder…

Are the elite keeping us from having rotten tomatoes so we can’t throw any at them?

After two years of incentivizing people to stay home, what’s another supply shock to add to the mix, anyway?

Somehow, the same OSHA that harassed hairstylists for serving their customers let slide boiler operating procedures at a critical point in the supply chain. I hope no others are sleeping on the job, like the folks at the FAA, since some planes have been crashing into food processing plants.

We saw the same reaction from oil companies recently when President Biden reversed his stance on oil to combat rising prices. After learning their lessons from the fracking bust in the previous decade, they’ve decided to ignore the government’s demands to arbitrarily lower their prices, and instead are adjusting their output to support their longer term operations based on the actual economics that Biden doesn’t seem to understand.

To make matters worse, the USDA has long attempted to control prices for agricultural products by ordering farmers to destroy part or all of their harvest. They can either take the 150% payout to comply or be fined. What kind of government does this to its own people…?

In short, the government’s heavy handedness dealing with one crisis has made another worse. It’s patching on a solution rather than solving the root problem: overcentralization and protectionism. 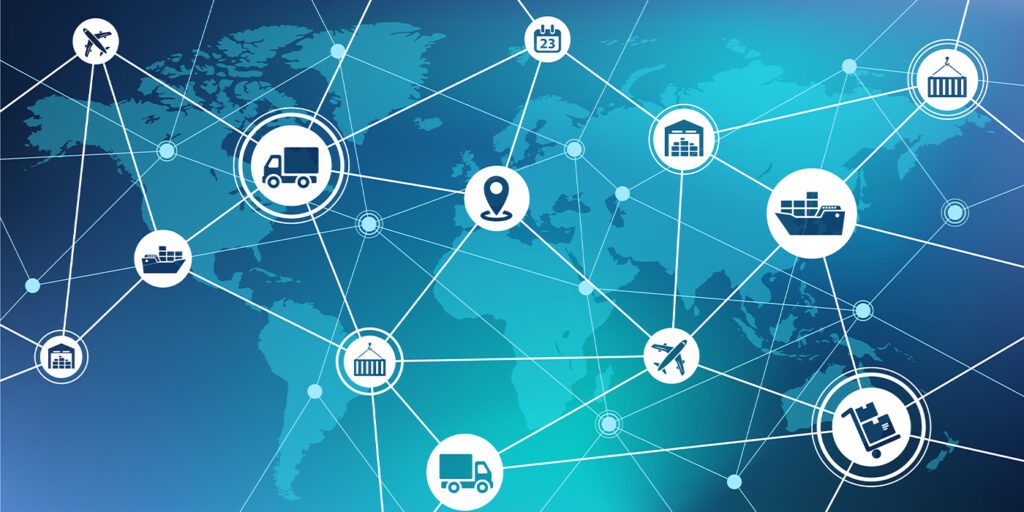 Now, don’t get me wrong, a global supply chain has its benefits. It is a treat to get blueberries from Chile in the middle of winter rather than having nothing to eat but root vegetables we stored in our cellar. It also has its drawbacks, since I’ve outsourced growing those vegetables and no longer have them available.

As the government gets more and more cozy with those strengthening their competitive moats and feeding back campaign contributions, it puts the whole system at risk when too many careless decisions are made.

It wouldn’t be so bad if they didn’t come up with so many crazy ideas on their own. Think lab-grown meat, veggie burgers that bleed, or even dog food made from mealworms. Yum…

Or they accumulate more resources than they can use, like Bill Gates’ acquiring the majority of farmland in the world. Needless to say, all these forms of protectionism hurt competition and ultimately the resilience of our food supply.

These parallel some of the lessons the twins learn in The Tuttle Twins and the Food Truck Fiasco.  Competition from smaller, innovative players in any market reduce single points of failure. They provide more routes goods and services can take to get to their ultimate consumer. They form these advantages through more nimble operations, which, as a whole, leads to lower prices, better selection, and better quality goods. Having multiple product offers from a number vendors in any area make it more likely to meet demand, even in times of shortage.

Big companies pushing out competition through force rather than competing fairly can cause problems for consumers further downstream. People can be forced into buying from the biggest player because they’re the only game in town, regardless of whether they want it, need it, or even like dealing with them in the first place.

Luckily, we have a few handy tools… and most of them can be run on a shoestring budget.

Any of us with a backyard can start a small garden in almost any climate. It may not meet all your needs, but you can exchange with your neighbors to lower some of the demands on the system. Who knows? You may even pick up new friends or a mentor along the way who can invest with you. Gardening is a great activity to involve the kids in!

We’ve grown so conditioned to the government incentivizing activity that we lose our ability to think independently. When we do, it cuts out the government… and the large incentives they offer to keep us from working together.

Instead, there’s a pride of workmanship and adjusting from the natural consequences of failure that would not otherwise come.

At its core, the most important thing we can do is discuss these issues as a family and make sure our children understand the way the world works. Grab your copy of The Tuttle Twins and the Food Truck Fiasco and read together with your kids so you can build a more resilient future together.