The Plot to Push Parents Out of Education

Chances are, you’ve already heard about the 1619 Project. If not, a brief refresher…

Created by Nikole Hannah-Jones, an activist and New York Times columnist, the project is a series of essays aiming to reframe America through the lens of race.

With the help of the media and academic elite, it is a concerted effort to reframe Capitalism as evil, freedom as malicious, and skin tone as a foolproof indicator of one’s place on the oppressed/oppressor spectrum. And as you may know, it’s already creeping into classrooms in the form of Critical Race Theory. 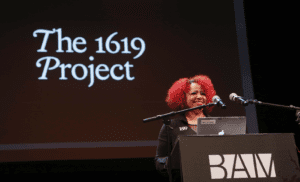 This past Sunday, as millions gathered to celebrate the Holidays with loved ones, Hannah-Jones made an appearance on NBC’s Meet the Press.

As the interview turned to education, the recent Virginia Governor’s race was brought up by host Chuck Todd. He and Hannah-Jones discussed Terry McAuliffe’s infamous blunder, in which he claimed, “I don’t think parents should be telling schools what they should teach.”

That insane statement is widely considered to have cost McAuliffe the election, but Hannah-Jones minced no words in backing him up. “That’s just the fact,” she said.

First of all, none of this is surprising. At all. It’s hardly a shock to hear left-wing voices claim that moms and dads have no say in what their own children are taught.

But we’d be pretty stupid not to take McAuliffe, Hannah-Jones, and the forces behind them— teacher’s unions, the Federal government, and the media, to name a few—seriously.

I mean, they’re literally giving us their game plan: control the content taught in schools, take away parents’ rights, and inject anti-freedom rhetoric and race obsession into classrooms without a hitch.

The other crucial element at play is an ongoing battle to lock students within the public school system. Look to states like California, Oregon, New York, and Massachusetts: the hatred for solutions like school choice and homeschooling is palpable.

Look to figures like Hannah-Jones, and it’s obvious why.

Unfortunately, our educational establishment wants nothing more than to take bright young minds like our children and turn them into “ideal” citizens: woke, compliant, and never asking the wrong questions.

If you’re as appalled as I am by the modern movement to strip families of their autonomy, you don’t have to resign yourself to cynical hopelessness. Powerful forces may be vying for the minds of your children, but they haven’t won yet.

No matter your family’s situation, you still have the power to take control of how your children learn about the world around them.

Whether you’re ready to take the plunge into homeschooling, switching to a private or charter school, or just want to supplement your child’s education with some real-world truth, the Tuttle Twins team is here to help you.

Whether you’re raising toddlers or teenagers, we can help with our books on personal responsibility, economics, civics, and much more. Each title is written with the purpose of empowering you, the parent, to teach your child the ideas that matter. 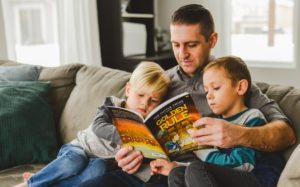 Together, parents like us can put a stop to this insanity and prevent the next generation from falling for the left’s false promises.

If you’re as fed up as I am with the educational status quo, join me: let’s fight to raise leaders, free thinkers, and status-quo-questioners.