There are three different terms law enforcement will use to describe crimes in which private property is stolen.

Theft is the simplest: it entails the action of stealing.

Burglary is when a building is entered illegally with the intent to commit a crime. Most often, the crime involves theft.

Finally, robbery is another form of stealing—but unlike simple theft, this involves physical coercion: a gun drawn, a knife pointed, some threat of violence.

If you think I’m being dramatic, ponder for a moment how the IRS actually works.

First, the government demands that you give a certain portion of your income to them. Remember, they can change the numbers of what you owe at any time.

Then, they spend your money on whatever they want… No matter how their plans and policies may violate your conscience.

What if you don’t pay up? Well, you’ll be harassed, threatened, taken to court, and ultimately, if you still refuse to pay, thrown in jail.

And we all know what happens if you dare to resist arrest… (Yeah, the government can kill you.)

So just how much of this dirty robbery money are we talking?

The United States’ total tax “revenue”—a term I find hilarious, given revenue is earned, not stolen—for 2021 was $4.05 trillion.

It’s easy to lose perspective of just how much money a trillion dollars is, so think of it this way: a trillion is one thousand times one billion. In other words, the government stole 4,050 billion-dollar-piles-of-money from its citizens in the last 365-ish days.

Now, don’t think that the government stops with its thieving, plundering ways with our taxes.

Just like any wily criminal, our dear rulers are always coming up with new ways to dupe ordinary folks like you and me into lining their pockets.

For the last 109 years, the Federal Reserve has slyly stolen from the savings of millions of honest people’s savings accounts. Of course, this is done through manipulating our currency and printing fiat money that’s not backed by anything real.

And through all of our political dynasties since 1913—the Kennedys, FDR, Reagan, Obama, you name it—the infamous Creature from Jekyll Island has worked in the dark, around the clock, watering down the U.S. dollar to enrich its controllers.

If we don’t do something about it soon, our money will be worth less than toilet paper before we know it.

And you know what helps them get away with it more than anything? The tax-the-rich movement that’s become oh-so stylish lately.

The sudden popularity of AOC and Bernie Sanders types is the best thing to ever happen to the cronies sitting in D.C. The more we believe that rich and poor can’t coexist in a free country, the easier we are to control.

Just look at every country that’s ever embraced Karl Marx’s communist ideas on class warfare: the government officials end up with all the resources, and everyone else fights over the crumbs to try and survive.

In reality, it’s not working-class people vs. the rich. It’s We, the People, vs. the corrupt bureaucracy plundering its own citizenry.

If we want to preserve the Republic for our children and save them from the path we’re going down, we have no choice but to educate them soundly on the evils of big government.

This is precisely why I started writing books for kids: because we can’t afford not to teach the next generation about the mistakes of the past.

So if you’re fed up with the status quo and want to be a part of actually turning this country around, pick up a copy of The Tuttle Twins and the Creature from Jekyll Island for the children in your life. 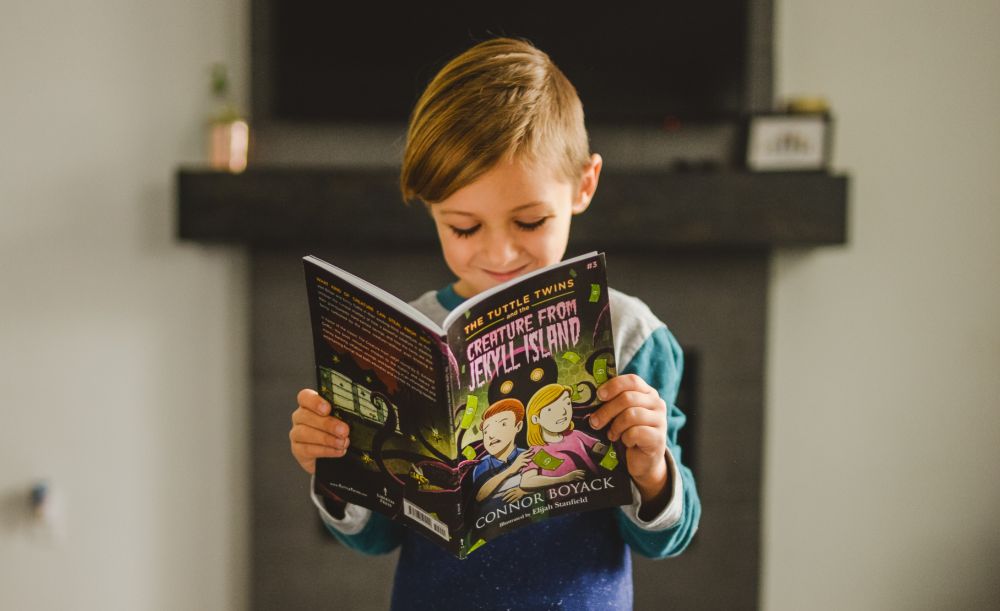 This book contains a timely message on who controls our money, told through a fun and engaging storyline… And in a day and age where even kids can feel how out-of-control inflation has become, there’s never been a better time to read it with your family.
Join me, and let’s fight back against the plundering beast that’s taken over D.C.
Until next time…
—Connor