On Global Taxes and Leviathan Crises

Have you ever heard of the Group of Twenty?

You might know it better by its nickname, the G20. It’s a conference of government bank ministers and officials from the 19 richest countries in the world, plus the European Union. Members meet each year to discuss policy, strategize, and, in theory, work to make their countries stronger, more prosperous places.

But if you’ve read The Creature From Jekyll Island, you know that when you put all the people who control our money in one room, it doesn’t always end well for the rest of us.

Well, this week, the G20 is meeting. And according to some news reports that went mostly under the radar, these folks are cooking up a plan to tax everyone even more. Yes, everyone. We’re talking the entire world. No joke. 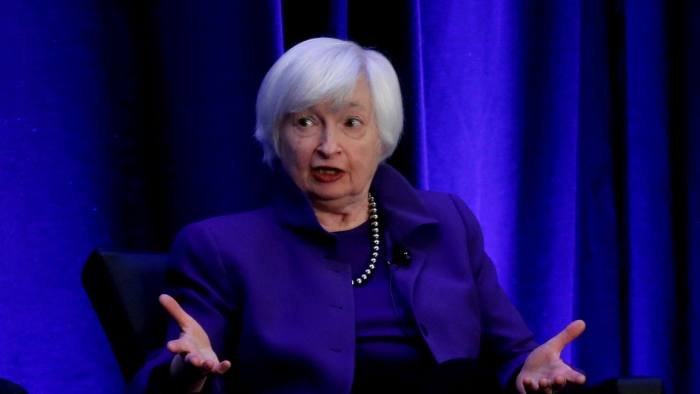 This plan to set a “minimum corporate tax” rate of 21% was pitched this week by US Treasury Secretary Janet Yellen. (Janet was recently the chair of the Federal Reserve… revolving door much?)

In her words, “Together, we can use global minimum tax to make sure that the global economy thrives, based on a more level playing field in the taxation of multinational corporations.”

This economy-engineering push is hardly surprising, coming from the person whose job is controlling the “creature.” And Yellen is getting plenty of support for her big idea.

Germany’s finance minister rejoiced that this measure may soon “put an end to the worldwide race to the bottom in taxation.”

France’s Bruno Le Maire said that “a global agreement on international taxation is now within reach… we must seize this historic opportunity.”

Since when are races to lower tax rates a bad thing? And since when is raising taxes on the entire world a “historic opportunity”?

And while this crazy tax scheme practically screams “new world order,” it gets even worse. This will wreak major havoc on smaller, developing countries and their economies, if enacted.

Companies often do business in countries with the lowest tax rates. The countries offer low tax rates to businesses, and in turn, benefit from job opportunities.

It’s no surprise that President Biden and his administration are pushing for this big global tax right now. They’re trying to push through a gargantuan $2 trillion “infrastructure” bill in the name of restoring the economy.

Of course, this bill is only 5% spending on bridges and roads and such. It’s more focused on spending your money on social engineering and green energy mandates.

To make it work, the government needs a corporate tax hike to pay for all of the crazy stuff in the plan. But first, they have to make sure there’s nowhere a business can go to escape the ever-rising tax burden in America.

With that in mind, the timing of the push for a worldwide tax makes perfect sense.

I’ve written plenty of books for kids (and adults) on how the government exploits us to grow its power and control our lives. Perhaps you’ve read some of them.

But given just how crazy things are getting, Elijah and I felt the need to break down another great cautionary tale. This one is all about how seemingly nice measures like global taxes and “infrastructure” grow the government into an uncontrollable monster.

Enter our next book — spoiler alert! — The Tuttle Twins and the Leviathan Crisis. This new Emily and Ethan story delivers the same strong message as Robert Higgs’ classic Crisis and Leviathan… in a way your kids can understand and your family can discuss.

It’s heading to the printers next week, and will be available for purchase in about a month. And it’s perfectly timed, too — with a message that is extremely relevant to our current situation.

In the meantime, we have plenty of other books that will teach your kids to understand why letting the government tax the entire world isn’t such a good idea. (Topics like this are kind of our thing.)