Conspiring Against Truth and Reason

I’m going to give you a quick warning. I send plenty of silly and lighthearted newsletters, but I’m about to get pretty real here today.

Have you noticed that the strongest forces of our culture are actively conspiring against truth and reason?

If you have children, you may have encountered this in the educational world.

But it’s also happening in the media world. And, of course, it’s always been a problem in the political world…

This week, Project Veritas released a series of videos that show Charlie Chester, CNN Technology Director, admitting some pretty insane stuff about the network. (Although, I doubt one word of it will come as a shock to you.) 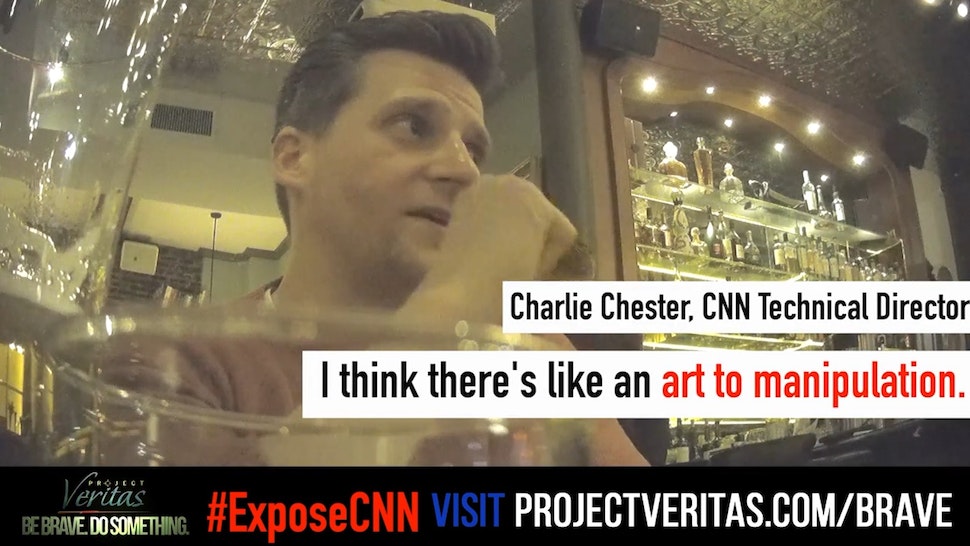 I recommend you watch the videos yourself, which you can find here, here, and here. But I want to talk about a few specific points captured.

For one, Chester voluntarily called his network’s coverage “propaganda.”

He also revealed that CNN intentionally used footage of Biden that would make him look younger and healthier, while he was on the campaign. In the same vein, the network routinely brought on health experts to paint Trump as medically unfit for office.

He also took credit, on behalf of CNN, for “getting Trump out” of office. Take his word for it, not mine: “Look what we did, we got Trump out. I am 100​ percent going to say it, and I 100​ percent believe that if it wasn’t for CNN, I don’t know that Trump would have got voted out,”

An agent of the “facts first” network is openly admitting that his company has lied to the American public for years, with a political end goal in mind. It’s bad, but it’s the least surprising thing in the world for a lot of people.

And how has our media establishment responded to these shocking revelations?

By kicking Project Veritas and its founder, James O’Keefe, off of Twitter, of course. James is now permanently banned. According to Twitter, this was for “violating the Twitter Rules on platform manipulation and spam.”

As a fictional character once said, “When you tear out a man’s tongue, you are not proving him a liar, you’re only telling the world that you fear what he might say.”

And that’s exactly what’s happening right now. Big Tech and the Corporate Media are terrified of people like me and you finally seeing through their carefully constructed curtain. And they’ll tear out the tongue of anyone who threatens their smoke and mirrors show.

A column by an incredibly brave teacher named Paul Rossi has also been making the rounds this week. It tells a story of  groupthink, retaliation, and silencing perpetrated by the administrators of a Christian private school in Manhattan.

As with the Project Veritas video, I strongly suggest you read this column in its entirety here. But for the purposes of this newsletter, here are a few excerpts.

First, Rossi describes a school environment where students are divided and characterized by race… and whether they are “oppressed” or an “oppressor.”

“Students are pressured to conform their opinions to those broadly associated with their race and gender and to minimize or dismiss individual experiences that don’t match those assumptions. The morally compromised status of ‘oppressor’ is assigned to one group of students based on their immutable characteristics. In the meantime, dependency, resentment and moral superiority are cultivated in students considered ‘oppressed.’”

Then, Rossi describes the experience of raising questions about whether this outlook is actually good for students.

Recently, I raised questions about this ideology at a mandatory, whites-only student and faculty Zoom meeting. (Such racially segregated sessions are now commonplace at my school.) It was a bait-and-switch “self-care” seminar that labelled “objectivity,” “individualism,” “fear of open conflict,” and even “a right to comfort” as characteristics of white supremacy. I doubted that these human attributes — many of them virtues reframed as vices — should be racialized in this way. In the Zoom chat, I also questioned whether one must define oneself in terms of a racial identity at all. My goal was to model for students that they should feel safe to question ideological assertions if they felt moved to do so.

This prompted a robust discussion, leading to many observations and questions from across the ideological spectrum. Rossi notes that afterward, many students told him the conversation was more productive than they anticipated.

Then, the trouble starts.

Rossi’s questions were shared outside the forum, violating the “norm of confidentiality.” He was then subjected to systematic humiliation and brow-beating by administrators of the school.

According to his account, Rossi was told by the head of the high school that his challenges had caused “harm to students,” and he was reprimanded for “acting like an independent agent of a set of principles or ideas or beliefs,” and failing the “greater good and the higher truth.”

Here’s what happened next:

“The head of school ordered all high school advisors to read a public reprimand of my conduct out loud to every student in the school. It was a surreal experience, walking the halls alone and hearing the words emitting from each classroom: “Events from last week compel us to underscore some aspects of our mission and share some thoughts about our community,” the statement began. “At independent schools, with their history of predominantly white populations, racism colludes with other forms of bias (sexism, classism, ableism and so much more) to undermine our stated ideals, and we must work hard to undo this history.'”

Rossi then goes on to further explain the environment at this school.

“Every student at the school must also sign a “Student Life Agreement,” which requires them to aver that “the world as we understand it can be hard and extremely biased,” that they commit to “recognize and acknowledge their biases when we come to school, and interrupt those biases,” and accept that they will be “held accountable should they fall short of the agreement.” A recent faculty email chain received enthusiastic support for recommending that we “‘officially’ flag students” who appear “resistant” to the “culture we are trying to establish.'”

Did you catch that last part? The faculty at this school are flagging students who are resistant to the culture they are trying to establish.

Grace Christian School isn’t unique in this culture of policing thought and attempting to shape mini-social-justice-warriors out of every young mind that enters their doors. “Critical race theory” and “wokeness” have become all the rage in schools across the country, both private and public.

The powers that be are actively shutting the ideas of objective truth and rational thought down—from your TV screens, to your social media feeds, to your children’s schools.

That is the precise reason why the Tuttle Twins series exists.

As a parent, your job is to prepare your children for the real world. And if you haven’t noticed, the real world isn’t getting any easier to navigate.

That’s why our team is here: to provide a voice of reason for your children. And we want to give them the tools to see through the lies that the establishment is selling.

If you’re interested in learning more about our books and curriculum, here’s the full list of what we have.

We’re proud to partner with parents like you to raise up more critical thinkers in a world gone crazy.