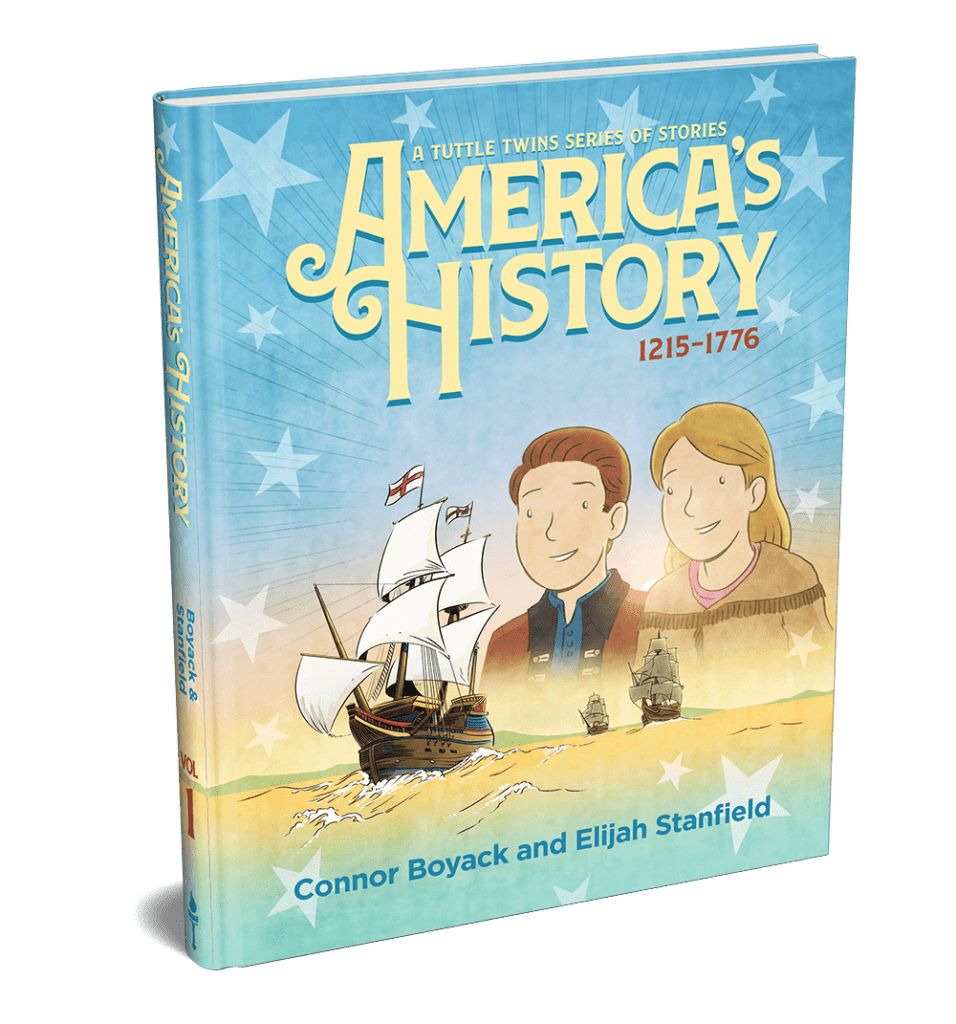 Other children's history books are awful… here's the solution!

We’ve read them — all the social studies books being used in schools today. They’re fantastic, if your goal is to make kids uninterested in our history.

But if your goal is to raise a well-rounded child who learns lessons from the past that they can apply to their own life, you need something better.

Introducing America’s History: A Tuttle Twins Series of Stories — a 240-page storybook that teaches inspiring stories and powerful ideas from our nation’s past, to help empower your children to live their best lives today.

Buy Your Copy of America's History
Watch the Video

Scroll down to see samples…

Here's What Our New Book Fixes:

Get the entire America's History bundle

Get the Book + Bonuses

Here are some sample pages of the book Here are some sample pages of the book 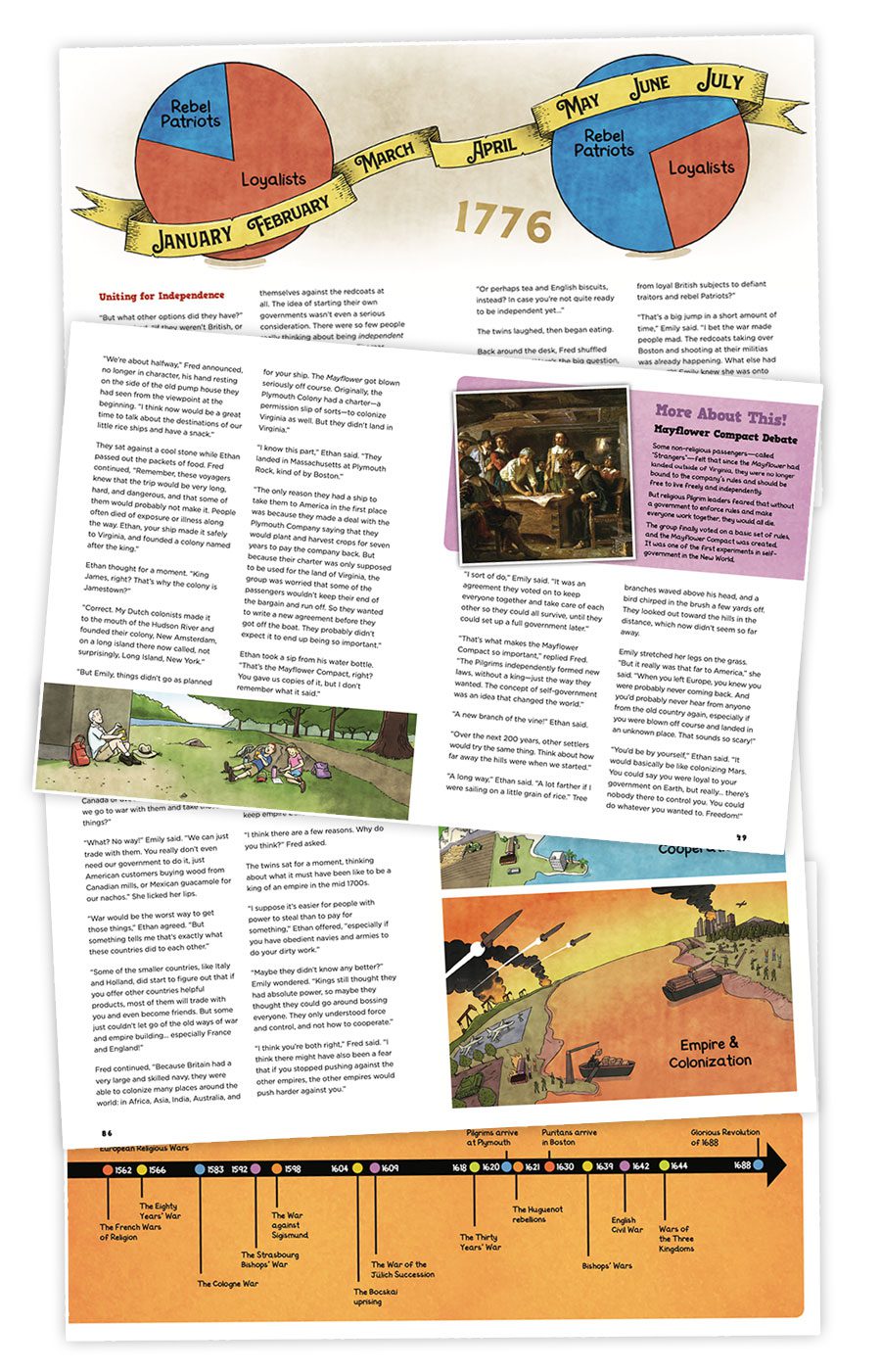 Order the Launch Bundle and you get Big Bonuses: 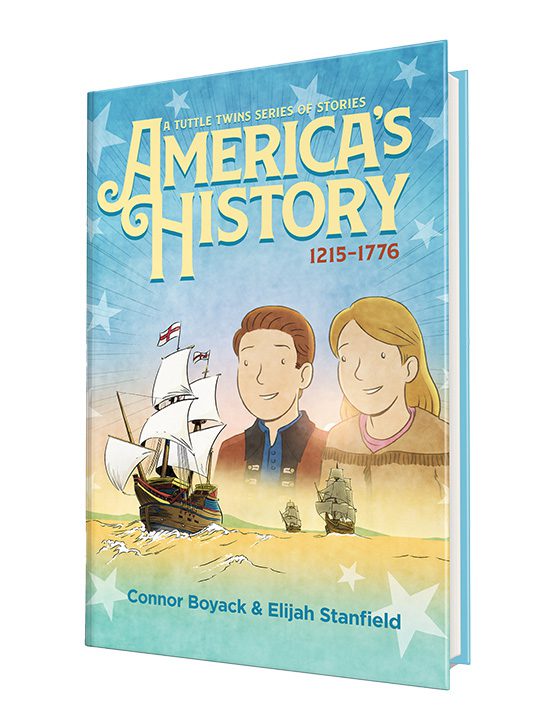 This 240-page, hardcover book is fully illustrated in vivid color and filled with stories and adventures to teach the inspiring stories of America’s founding. 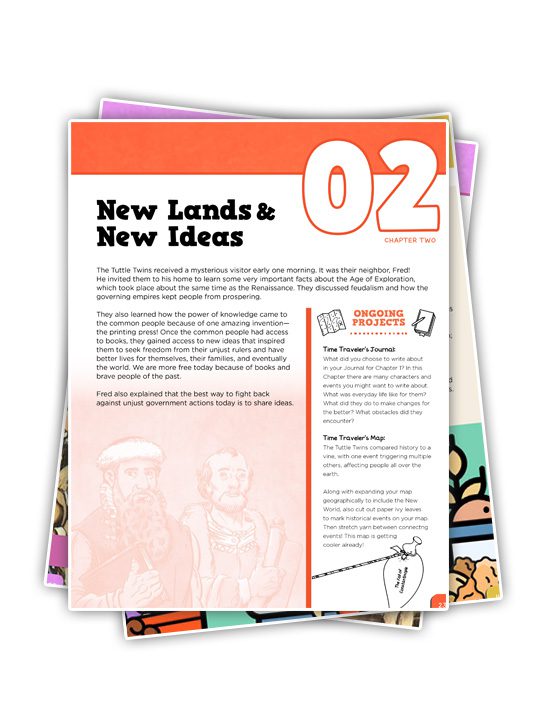 Go beyond the book to help your children immerse themselves in the ideas of history with our fun projects and wide variety of curriculum worksheets. 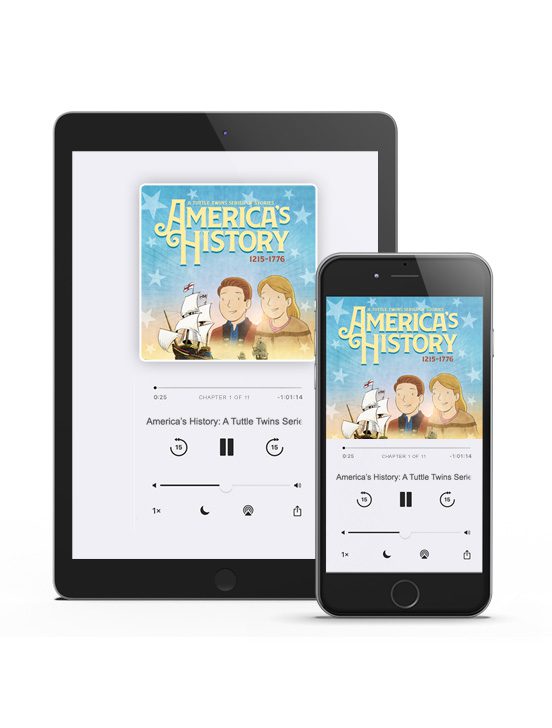 Over 6 hours of MP3 audiobooks to listen to

Your children can listen along to the entire series of stories with our professionally recorded audiobooks that help make the stories come alive! 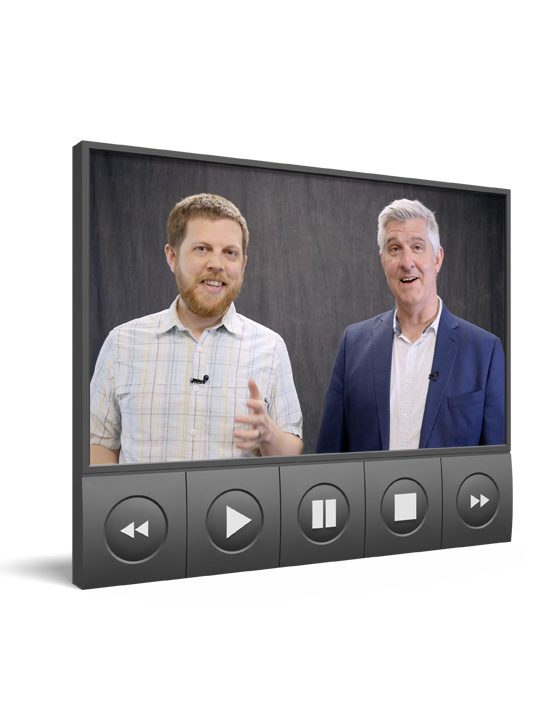 Over 4 hours of extra stories of history from Mr. C

We produced a set of fun videos to share even more about the stories and powerful ideas from history, presented by Mr. C. Your kids will love him!

Still not convinced this book is a good fit for your family? Take a peek inside to review a chapter.

I homeschool my kids but I've always struggled to find history curriculum I could trust. I'm blown away by the Tuttle Twins book in a very good way — the stories they share really help my kids get interested in history! I give this ⭐️⭐️⭐️⭐️⭐️. 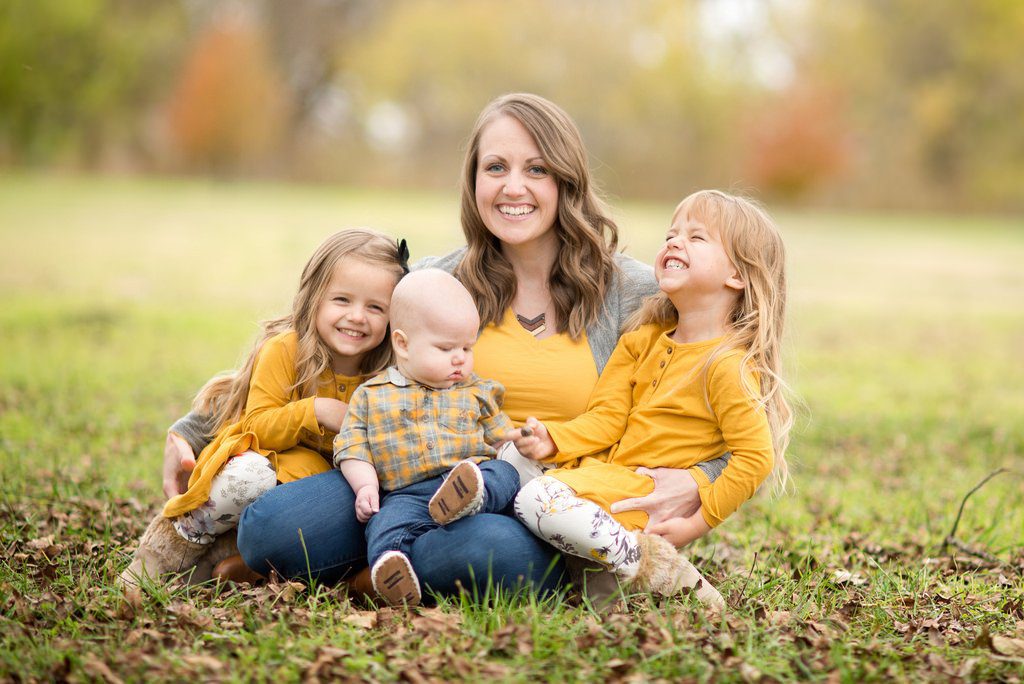 Lindsay R.
I was given an advance copy of this book to test with my kids, and HOLY MOLY it's amazing! This is what I've been looking for — a history book that is honest, focused on true principles, and taught in a way that my kids can apply to their lives. I'M A FAN! (Sorry for the caps but it's TRUE!) 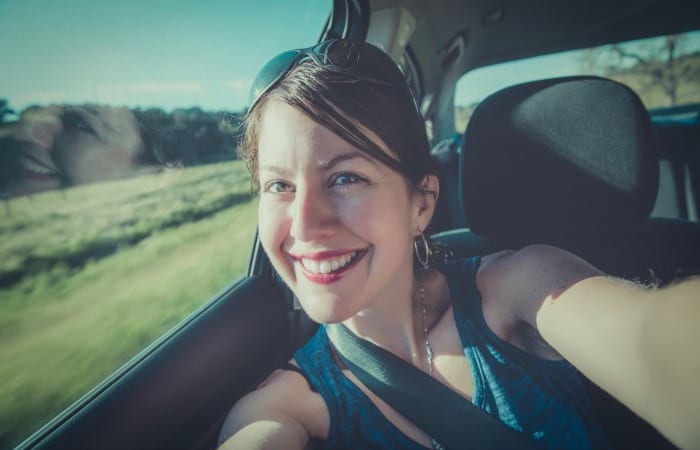 Get the entire set, including ALL 13 PDF activity workbooks for only $68.88.

Get Your Family a Copy 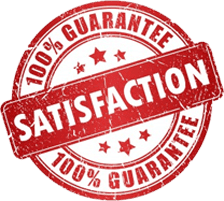 Don’t like the book? Contact us within 30 days and we’ll refund your money and you keep it. No questions asked. No risk on your end.

See what parents just like you have to say about the Tuttle Twins books!

"For years, I hoped to find books like these. My frustration finally ended when I came across a Facebook ad for the Tuttle Twins books, and my kids are SO happy I bought them!" 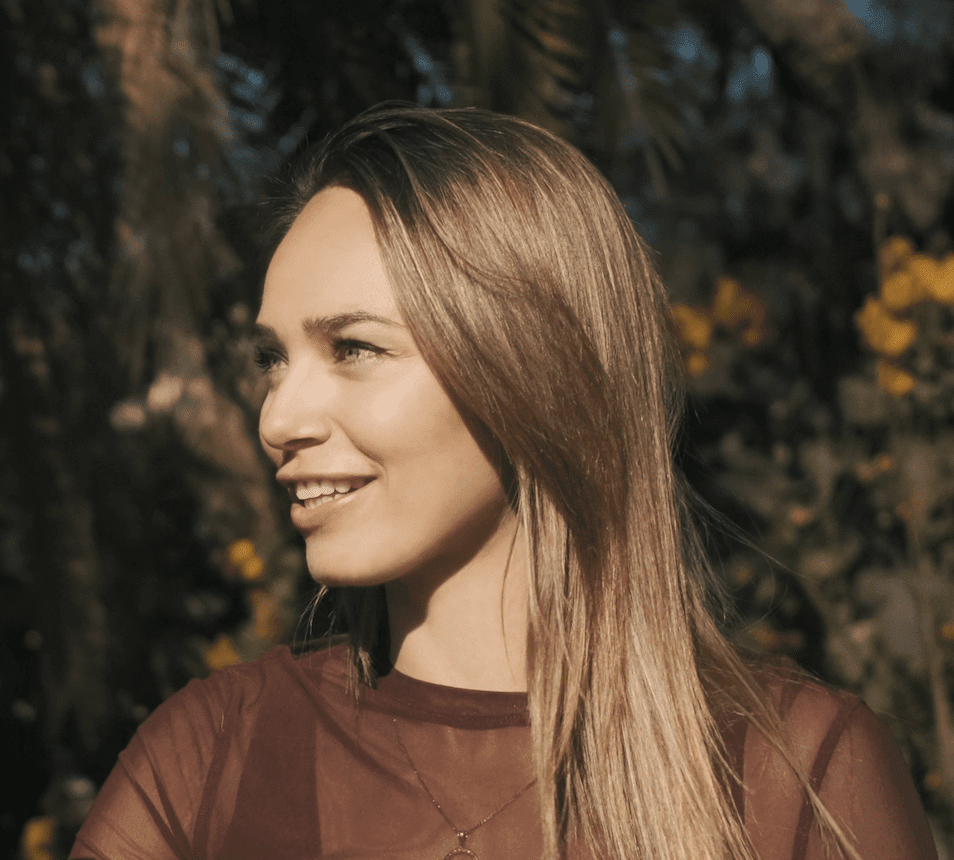 Sarah L.Arizona
"My son doesn't like to read, but he devours these books over and over again. Kudos to Connor and his team for finding the secret sauce to get my son interested in learning." 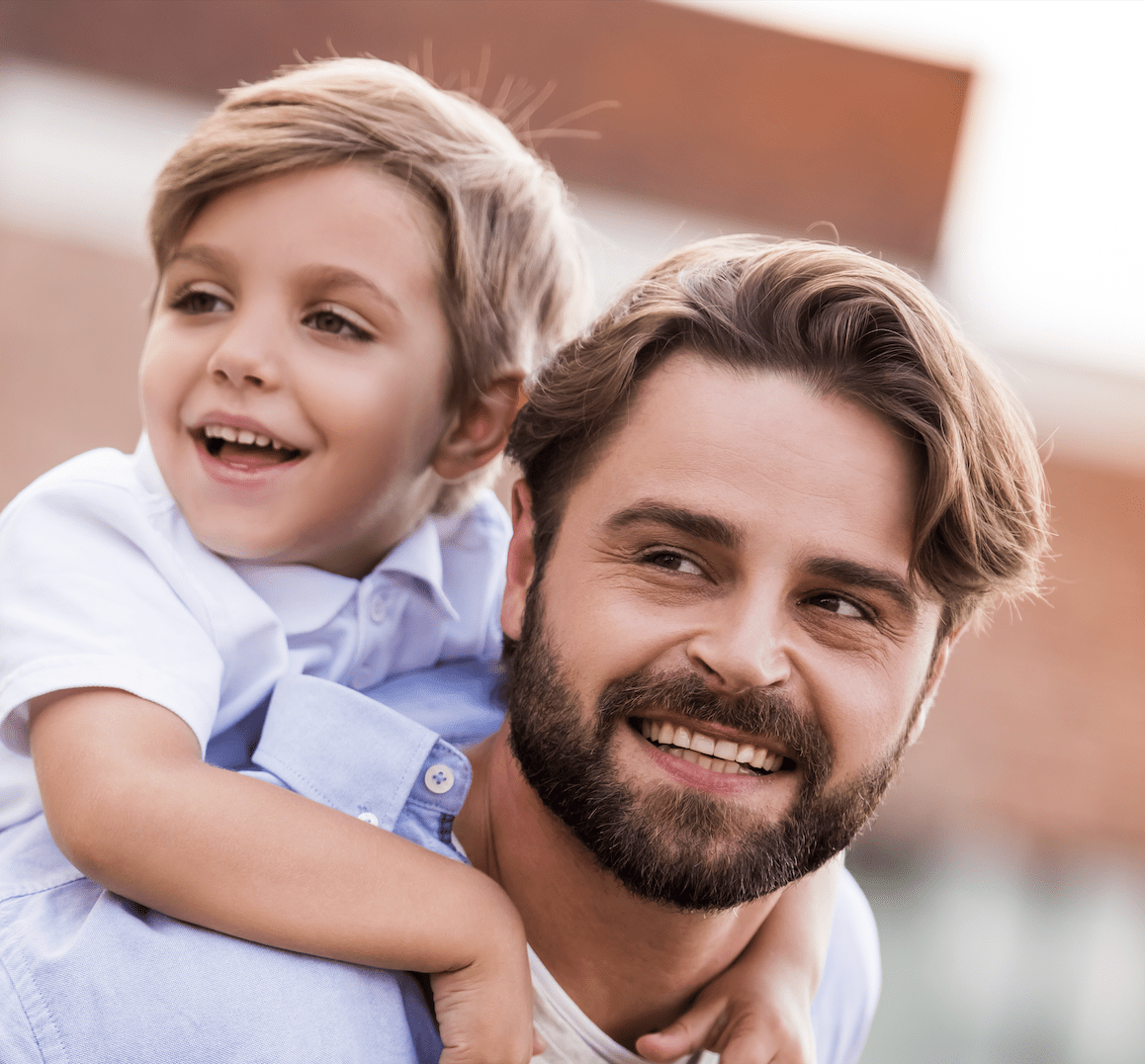 Peter R.Texas
"Forget 5-11 year olds… when I read these books to my kids I learned all sorts of stuff nobody ever taught me. Now my kids and I have some awesome discussions together!" 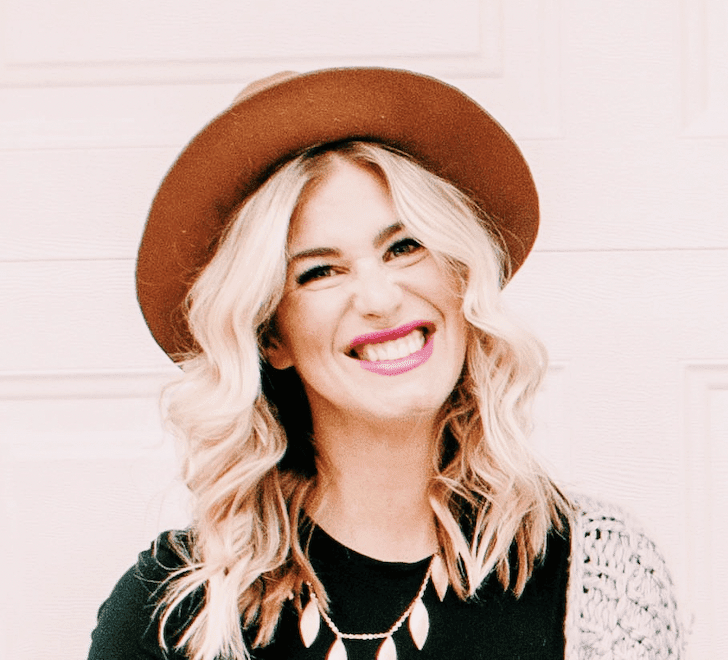 See what children have to say! 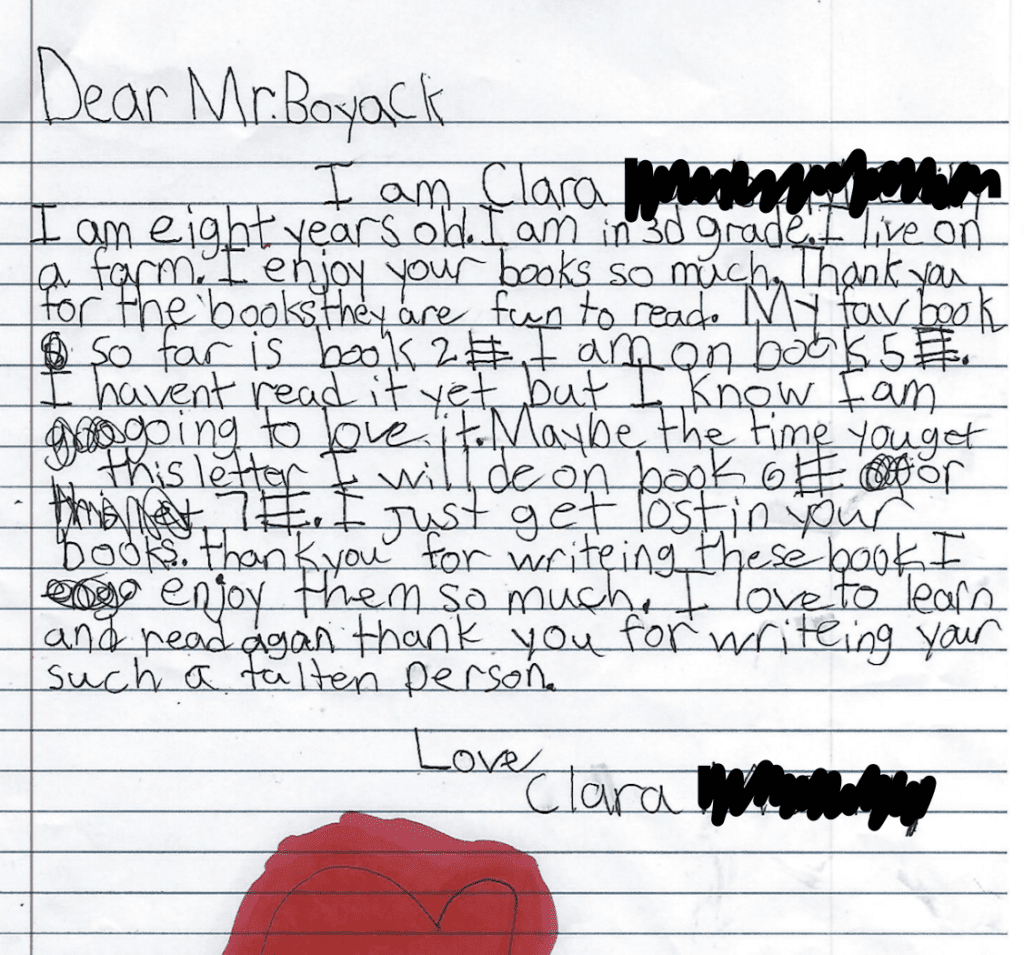 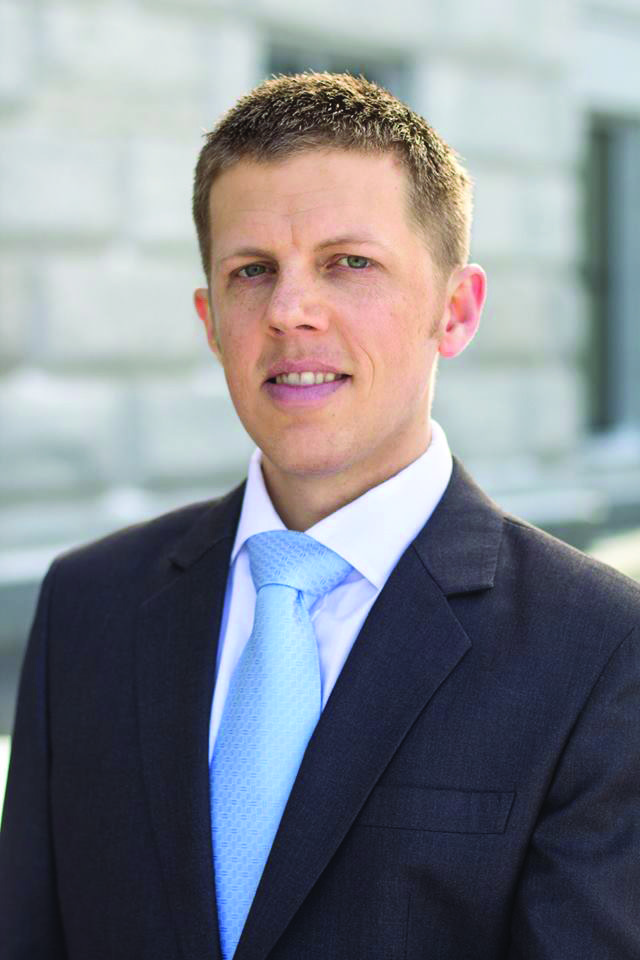 Connor Boyack is founder and president of Libertas Institute, a free market think tank in Utah. Named one of Utah’s most politically influential people by The Salt Lake Tribune, Connor’s leadership has led to dozens of legislative victories spanning a wide range of areas such as privacy, government transparency, property rights, entrepreneurship, education, personal freedom, and more.

A public speaker and author of over two dozen books, Connor is best known for The Tuttle Twins books, a children’s series introducing young readers to economic, political, and civic principles.

A longtime student of Austrian economics, history, and the classical liberal philosophy, Elijah has dedicated much of his time and energy to promoting the ideas of free markets and individual liberty. Some of his more notable works include producing eight videos in support of Ron Paul’s 2012 presidential candidacy. He currently resides in Richland, Washington, with his wife April and their five children. 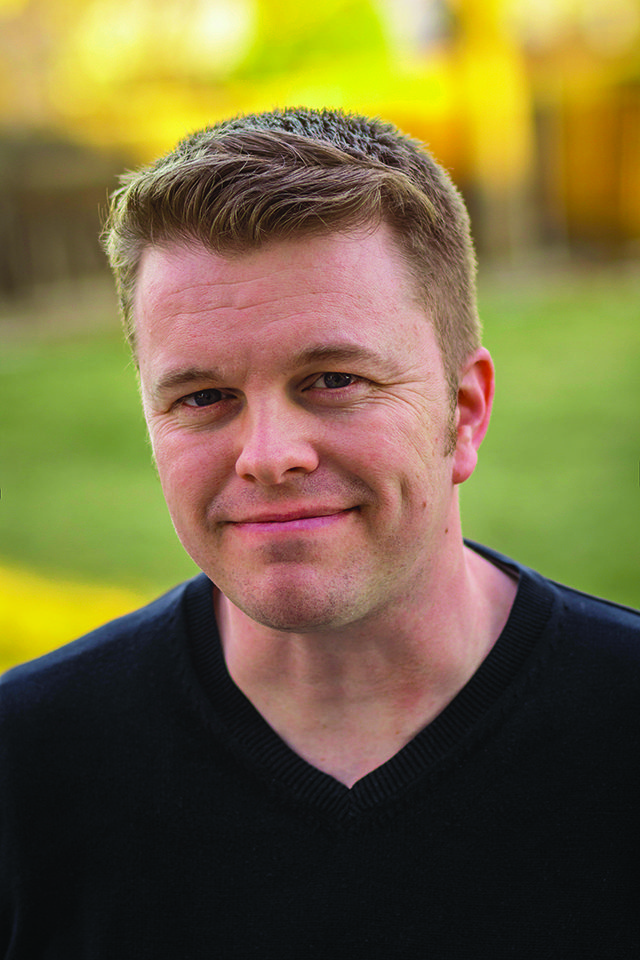