Why is everything so expensive right now?! The answer is inflation, but it’s not caused by corporate greed like they want you to believe—it’s caused by the Fed. Here’s how:

Inflation, at its core, is when there’s too much money floating around, and it ends up making each dollar worth less. For example, if the Federal Reserve increases the money supply by printing more money, this will cause the value of each dollar to decrease, leading to inflation. This is different from the typical idea that inflation is just when prices go up, without considering the underlying causes.

It’s important to know that inflation isn’t just about prices going up. It also causes wealth redistribution and economic problems. For example, let’s say the Federal Reserve decides to inject more money into the economy, the first people to receive that money will be able to buy goods and services at pre-inflation prices, while those who receive the money last will suffer as prices have already risen. This creates a disparity in the economy as the early recipients of the new money gain an advantage over those who receive it later. 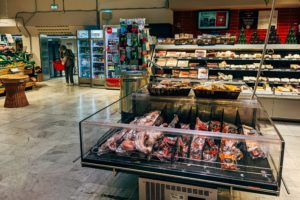 Another thing to keep in mind is that inflation can lead to bad investments. When there’s too much money around, it makes borrowing money cheap. So, businesses might make investments that don’t make sense in the long run, because they only look good because of the cheap borrowing. For example, a company might invest in a new factory based on the cheap borrowing costs, but when inflation causes interest rates to go up, that factory becomes unprofitable and the company is forced to close it down. This can lead to a recession as businesses are forced to close or lay off employees, and consumers are forced to cut back on spending.

Inflation also affects individuals, as it erodes the purchasing power of money, making it more difficult for people to afford the goods and services they need. For example, if you’ve been saving up to buy a new car and inflation increases the price of that car by 10%, you will have to save up more money to afford it. This can lead to a decrease in the standard of living, as people are forced to make difficult choices about how to allocate their limited resources, like cutting back on other expenses, in order to afford the things they need. 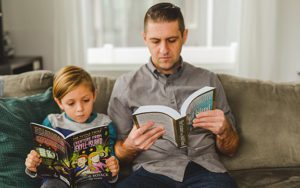 Inflation isn’t just a matter of prices going up, it has many unseen harms that affect the economy and society in various ways. From redistributing wealth, causing malinvestment, eroding purchasing power, decreasing standard of living, causing economic distortions, affecting savings and investments, having a regressive impact on society, leading to mistrust and uncertainty, and affecting the value of real estate and other assets. It’s important to understand the true causes of inflation and the negative effects it can have on individuals, businesses, and society.

If you didn’t know any of this, don’t feel bad! Most adults have simply bought into the government lie that inflation is the result of greedy corporations gouging prices for profit. They don’t want you to know that it’s the Federal Reserve and money-printing by the government that cause all the inflationary harms.

If you want to learn more, (and if you want to teach your kids about this stuff!) check out The Tuttle Twins and the Creature from Jekyll Island. It’s a kids book that teaches all about the history of money, the Federal Reserve, and what inflation does to our savings and our wealth!