We don’t have to tell you that something terrible has happened to our money. It’s evident anywhere you look.

Remember back in the 80’s, when you could actually buy something for a quarter? Prices have gone up, and the value of the dollar has gone down. But why is that? And how has it affected us as a society?

Housing: A Roof over our Heads

In 1980, the median home price in the United States was $47,200. Fast forward to 2020, and that number has skyrocketed to $313,000. That’s an increase of over 560%! This means that the average American’s dream of owning a home has become increasingly difficult to achieve.

Not only has the cost of buying a home gone up, but the cost of renting has also seen an increase. In 1980, the average cost of rent was around $400 per month, whereas now it’s around $1,500 per month. This means that many people are forced to spend a larger portion of their income on housing, leaving them with less money for other necessities. Additionally, the rising cost of housing has led to a shortage of affordable housing options, leaving many people without a stable place to call home. It also means that many people are living in overcrowded or substandard housing, which can have negative effects on their health and well-being. 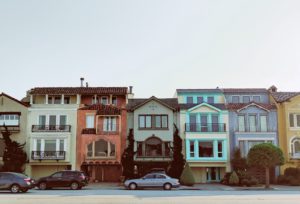 Education: Learning for a Price

Just like the cost of housing, the cost of education has also gone up significantly. In 1980, the average cost of tuition for a four-year college in the United States was $2,710. Now, it’s $26,000. That’s an increase of over 860%! This makes it harder for many people to afford higher education, and limits opportunities for many.

The rising cost of education not only affects those who are looking to pursue higher education, but also those who are looking to pursue vocational training or certifications. For example, the cost of a certification program for a trade such as plumbing or welding has also seen a significant increase, making it harder for people to enter these fields. Additionally, the rising cost of education has led to an increase in student loan debt, which can have a lasting impact on a person’s financial situation. This can make it harder for people to save for a home, start a business, or achieve other financial goals. 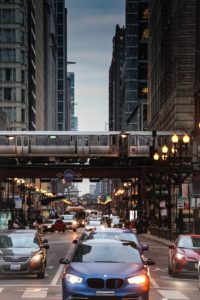 2.75. This increase in costs makes it harder for many people to afford a car, and can make it difficult for those who rely on their car for work or other essential tasks.

The rising cost of transportation also has an impact on those who rely on public transportation, as the cost of bus and train fares have also gone up. This can make it difficult for people to get to work, school, or other essential destinations, which can have a negative impact on their ability to earn a living. Additionally, the rising cost of transportation can make it difficult for people to access essential services such as healthcare, which can have a detrimental impact on their health and well-being.

Food: Putting Food on the Table

The cost of food has also gone up since 1980. The average cost of a grocery basket in 1980 was around $50, but now it’s around $150. This can make it difficult for people on fixed incomes or low incomes to afford food, and can lead to food insecurity.

What’s the Cause? Blame the Fed

The Fed’s monetary policy is also often focused on short-term economic growth rather than long-term stability, which can lead to the boom-bust cycle. This is where the economy is artificially propped up by easy money, leading to malinvestment and eventually a recession. 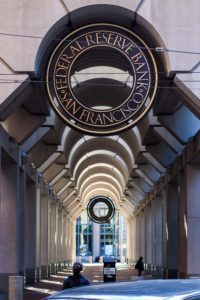 The Federal Reserve has a number of tools at its disposal to increase the money supply, one of which is quantitative easing. This is when the Fed purchases government bonds or other securities from banks, which increases the amount of money in circulation. Another tool is low-interest rates. When interest rates are low, it makes it cheaper for individuals and businesses to borrow money. This can lead to more spending, which can increase demand for goods and services and lead to inflation.

Sometimes, they just create money out of thin air. This is what happened during 2020 and 2021 when, in response to the covid pandemic, the Fed printed over $13 trillion in new money!

The Federal Reserve’s focus on short-term economic growth can also lead to the boom-bust cycle. When the economy is artificially propped up by easy money, it can lead to malinvestment. This is when investments are made in projects or businesses that are not sustainable in the long-term. Eventually, when the easy money dries up, these investments will fail, leading to a recession.

Who Does it Affect? The most vulnerable

It’s important to note that inflationary monetary policy disproportionately harms those on fixed incomes, such as retirees, and those on lower incomes. They are less able to keep up with rising prices, making it harder for them to afford the basics.

When prices go up, it can be difficult for everyone to afford the things they need. However, those on fixed incomes and lower incomes are often disproportionately affected. This is because their income does not increase with inflation, so they have less purchasing power to buy the same goods and services.

For example, when the cost of groceries goes up, it can be difficult for a retiree living on a fixed pension to afford to buy the same amount of food they used to be able to buy. Similarly, a person on a low income who is living paycheck to paycheck may struggle to afford rent or other necessities when prices go up.

The impact of inflation can also be compounded over time. For example, if a retiree’s pension does not increase with inflation, their purchasing power will decrease over time. This means that they will be able to afford less and less as prices go up.

In addition to making it harder for those on fixed incomes and lower incomes to afford the basics, inflation can also lead to a decline in their standard of living. This can be especially difficult for those who are already living on the edge, and may lead to financial insecurity and a decrease in their overall well-being. 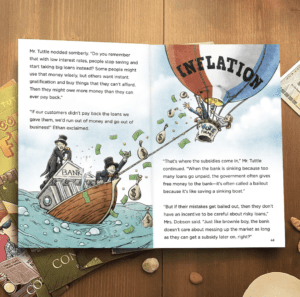 Overall, the value of the dollar has decreased significantly since 1980, and this has led to a significant increase in the cost of necessities like housing, education, transportation, and food. What’s worse, is that most people don’t have any idea that a bunch of unelected (and unaccountable!) bureaucrats are the ones causing their quality of life to be significantly impacted by inflation.

The Tuttle Twins to the Rescue!

One of the reasons we wrote the Tuttle Twins books was to help educate the next generation on how the world around us works. A lot of parents tell us that they have learned a ton reading our books to their kids. We may have been duped by the Fed, but as more and more kids are exposed to the important ideas in the Tuttle Twins books, those in power lose more and more of their hold on us.

We’re hoping that parents like you will help raise a generation of kids who see behind the curtain and finally put an end to the abuses of power by those pulling the levers and manipulating our money supply and in turn, our lives.

The Tuttle Twins are here to help.