Government is often viewed as a necessary evil in society—an entity that keeps order and ensures the safety and well-being of its citizens.  But what happens when it becomes more concerned with its own power and preservation than the welfare of the people it is supposed to serve? This is the question that Murray Rothbard sought to answer is his book, Anatomy of the State.

Rothbard, an economist and libertarian thinker, argues that the state is inherently coercive. It is an entity that uses force and intimidation to achieve its goals—whether those goals are just or unjust. The state claims the right to use violence against its citizens in order to maintain order and enforce its laws, and it often does so without regard for the rights and well-being of the individual.

Government force and your kids

As a parent, you want nothing but the best for your child and want them to grow up in a safe and stable environment. But have you ever thought about how the government, or the state, plays a role in your child’s life? And how it may not always have their best interest at heart? 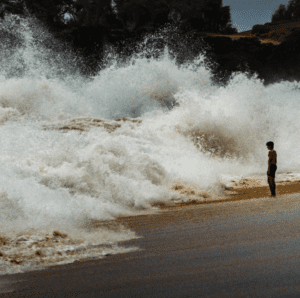 Consider taxes for example. You work hard to provide for your family, and taxes take a significant chunk of your income. That might be fine so long as you feel like the government is using your hard-earned money to provide services that you think are moral or valuable. But what happens when that money is used for programs or initiatives that you don’t agree with or that don’t benefit your child?

The state is essentially taking away your control over your own property and using it for their own gain.

Or how about state coercion through regulations and control of industries. The government often protects certain businesses at the expense of others—limiting choices and raising prices for consumers. This not only harms the consumer, but also those businesses that aren’t protected by the state, making it harder for them to succeed.

The state can even restrict individual freedom by controlling the actions of citizens through laws and regulations. These restrictions may not always be in the best interest of your child or others and may even limit their ability to think, speak and act freely.

What parents can do to protect their kids 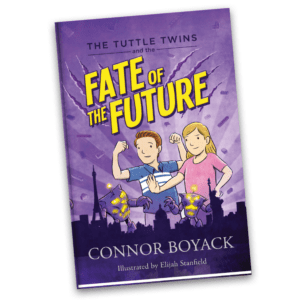 Most people are so used to the government’s intrusion into their lives that they don’t even consider how much power they’ve ceded to the state. Parents should be concerned about the kind of world they are leaving for their children, and that should include how their kids see the role of government in their lives. The state is meant to serve and protect its citizens, not control them. And as a parent, it’s our duty to question and hold the state accountable for its actions , and educate our kids so that they can do the same.

Rothbard’s Anatomy of the State is a powerful and thought-provoking work that highlights the dangers of state coercion. It covers in depth how the state’s actions are often at odds with the rights and well-being of the individual, and why it is important to be aware of these dangers in order to protect ourselves. He concludes that the state is an entity that should be limited and controlled, not an entity that has the right to control people.

As parents, we want to empower our children with the knowledge and tools they need to navigate the world and make informed decisions. The Tuttle Twins and the Fate of the Future is based on Rothbard’s work, and is an excellent way to introduce them to the ideas of self-ownership, liberty, and the role—if there is one—of the state in society.